At the start of the 90s in Drum n Bass there was a "distressed timestretch" effect that was widely used but has since fallen out of favour. An example can be found on the Flirt With Danger track, Dr Manhatten. I found out how to do this from a web page which I've been unable to find again, otherwise I'd give the author the credit for this.

Select an audio area in the song you wish to use; only short areas will work due to a limitation of the Exs24 sampler. Click on it while holding down the ctrl key and select Convert to new sampler track. 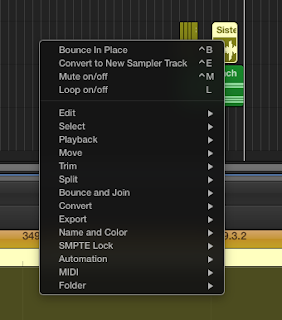 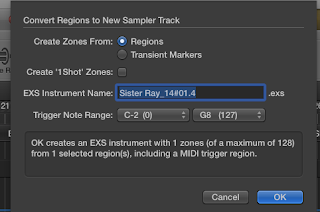 This will give you a new track with the audio region loaded into the Exs24 sampler and a midi region to play it. The original audio region will be muted. Open the midi region in the editor window, it should look like this: 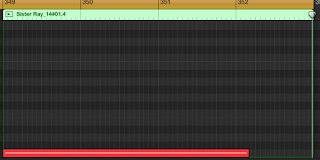 Now shorten the single midi note and duplicate it until you get something like this: 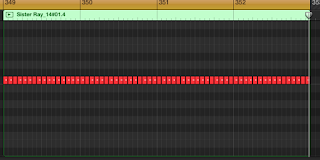 If you play this region now, you'll get a Paul Hardcastle style stutter. Next open Midi draw in the editor and pick a midi control that you never normally use, in this case I chose #13. Set a point with value 0 at the start of the region and 128 at the end. This will give you steadily increasing values of control #13 throughout the stuttering, though I find it sounds better if it increases rapidly to begin with then slower, to do this, click somewhere on the diagonal line and raise this point upward. 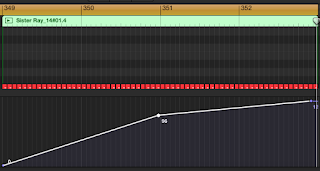 Next open the Exs24 sampler and assign a controller with the source as Ctrl #13 and the destination to Sample start. Set the 'via' part of the controller to any used midi control, you can use the same control as the source. This splits the little arrow head: keep the bottom half in the centre and move the top half all the way up, so that it looks like this: 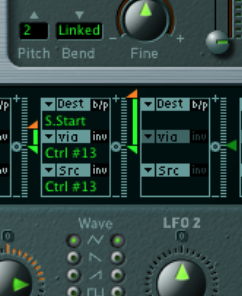 You should now get the "distressed timestretch" effect. If it remains as a stutter it may be the original audio region is too long - if so split it into 2 or more pieces and stretch them separately.
Posted by Les the Spaceman at 14:56